Difference between revisions of "Castle"

A Castle is a open world structure that can be claimed by guilds. Once claimed the castle guards will fly the owning guild's colors and reward the guild with season points and the access to open the castle chests. 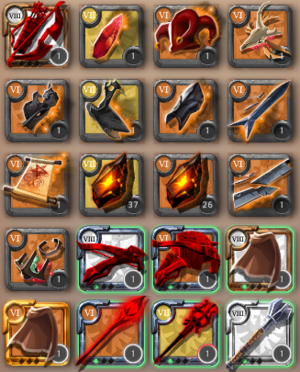 The guild who owns the castle can open the castle Relic Coffer, which spawns once at Sunday, the spawn time goes forward (2) hours every week.

The loot in the Relic Coffer can include:

Holding a castle during the zone timer (either EU: 16 UTC or US: 00:00 UTC) awards the owning guild Siphoned Energy and Season Points credited to their guild wallet.

Inside the castle walls, you will find 30 guards, who attack any player not in the alliance of the owner. There are 2 types of guards:

Retrieved from "https://wiki.albiononline.com/index.php?title=Castle&oldid=20237"
Welcome to the official Albion Wiki, the comprehensive reference written and maintained by the players.