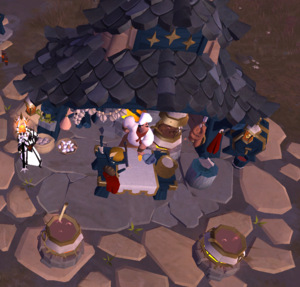 Like stews, sandwiches are T4, T6 and T8 only and you need to craft Goat Sandwich (T4) or better to gain fame. They give a boost to Combat Damage with the fish versions giving Cooldown Reduction as well.

Retrieved from "https://wiki.albiononline.com/index.php?title=Cooking&oldid=35728"
Welcome to the official Albion Wiki, the comprehensive reference written and maintained by the players.