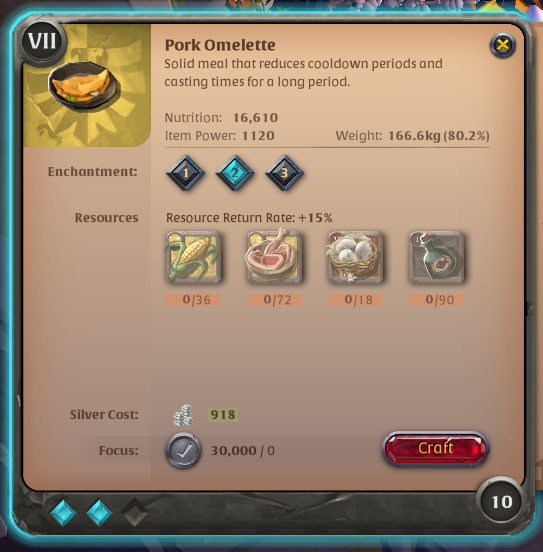 Fish salads are the only food that are not better than their vegetable counterparts. These do not feed any buildings: Shallowshore Squid Salad (T2), Midwater Octopus Salad (T4) and Deepwater Kraken Salad (T6).

Retrieved from "https://wiki.albiononline.com/index.php?title=Cooking&oldid=36454"
Welcome to the official Albion Wiki, the comprehensive reference written and maintained by the players.