Difference between revisions of "Crystal Realm" 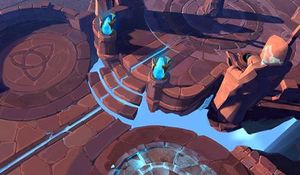 In these Crystal League battles you can expect:

Currently the system offers multiple time windows for both 5v5 and 20v20 crystals.

Retrieved from "https://wiki.albiononline.com/index.php?title=Crystal_Realm&oldid=63104"
Welcome to the Albion Online Wiki, the comprehensive reference written and maintained by the players.