Difference between revisions of "Solo Dungeons" 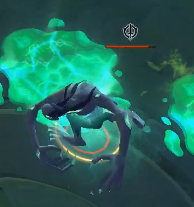 Solo Randomized Dungeons are locations (intended for 1-2 players) full of valuable treasure and dangerous enemies, providing great rewards to those who can fight their way through them. They are found all throughout the world in zones of Tier 3 and above, but aren't visible on the map and don't stay in the same places for long. Their challenges and rewards match the tier of the zone they are found in.

These dungeons are created procedurally based on numerous parameters, influencing the mob types, layout, and quality of loot found within. Each dungeon lasts only for a limited time, and is accessible to any player who discovers it, providing an incentive to clear them out quickly and completely. In addition to their unpredictable structures, these realms feature special shrines and dungeon chests.

Hidden Entrances are the gateways to these dungeons. As their locations are not revealed on the minimap and they are detectable by all players, they bring spontaneity and unpredictability to Albion's open world. More difficult versions of Hidden Entrances can also be accessed via Dungeon Maps, which offer you or your party first rights to an otherwise unseen entrance, that lead to dungeons of greater-than-normal difficulty and rewards.

There are 4 types of Dungeons:

The visual design of the Hidden Entrance is similar the same for a given Biome. You will see the Faction when you go inside.

Retrieved from "https://wiki.albiononline.com/index.php?title=Solo_Dungeons&oldid=37951"
Welcome to the official Albion Wiki, the comprehensive reference written and maintained by the players.