The Condemned Harvester is a World Boss from undead faction. On royal continent it can be found in Camlann and also in Cumbria on Blighted Bog map.

Merlin’s Acolytes were at the heart of the ritual when its power was unleashed, their bodies exposed to dread powers, their minds tortured, their souls repurposed. Each was transformed into a Harvester, a walking gateway to the plane of the dead.

The Harvesters are incredibly dangerous, not only for their own power but because of the magnetic quality they have for lesser undead. A touch from them can be fatal, and to stand in their presence for too long can cause premature ageing and infertility, or bring about such intense misery that victims have been known to sit down on the spot and refuse to stand again.

Fortunately, they tend to only be found in Albion’s deepest depths. Whether their hatred of us comes from their undead nature, or some residing bitterness of their betrayal by Merlin is, in many ways, academic. If you see one, run!

The Condemned Harvester is fairly easy World Boss to kill, but with some luck it can give expensive loot worth of few millions silver. Due to long respawn timer, this boss is killed right after spawn and some guilds try to contest it, so preferably coverage of party which is killing a boss is advised. 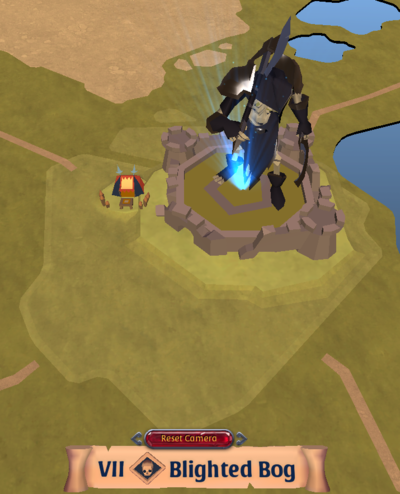 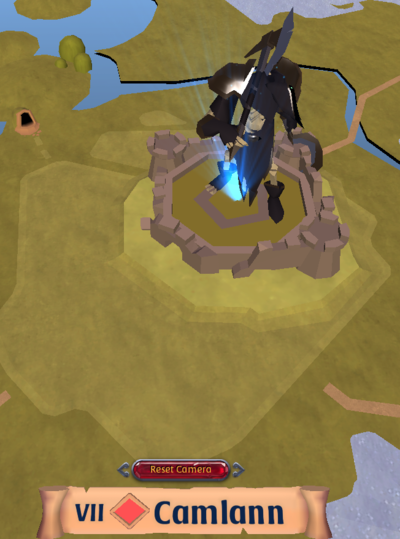 Retrieved from "https://wiki.albiononline.com/index.php?title=Elite_Condemned_Harvester&oldid=37385"
Welcome to the official Albion Wiki, the comprehensive reference written and maintained by the players.