The launch of the Rise of Avalon update on August 12 brought numerous new features to the world of Albion. The Roads of Avalon are an ever-shifting road network accessed via the open world that allows guilds to place Hideouts away from the politics of the Outlands. Avalon lacks territories that give Season Points, but guilds can still choose to compete in other ways from an Avalon-based Hideout.

Additionally, the new line of fifteen Avalonian Weapons introduced with Rise of Avalon will have far-reaching effects on small- and large-scale battles alike, and will update the combat meta for both open-world territory battles and the 5v5 combat of the Crystal League.

Season 10 follows a similar schedule to past seasons, with an Invasion Day kickoff and two midseason resets: 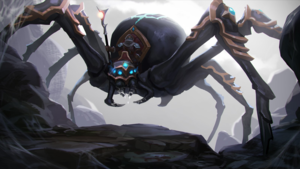 Retrieved from "https://wiki.albiononline.com/index.php?title=GvG_Season_10&oldid=52807"
Category:
Welcome to the official Albion Wiki, the comprehensive reference written and maintained by the players.