In Albion Online guilds can attack territories of other guilds. There are two ways by which to initiate Guild Warfare. One, via entering the world map (Hotkey: M) and selecting a territory next to one of yours, or by going to a territory monolith and then selecting "attack".

Defender Bonus: A stat change applied to the defenders of the territory, it goes up to +40% and down to -40%. This is modified by a guild's level of aggression over territory. Whenever you launch an attack from one territory your defender bonus will be lowered, meaning that a very aggressive guild which instigates many attacks on territories will have a much lower defender bonus than a relatively passive guild.

Attack methods There are two modes of attack, with differing potential rewards: Raid and Conquer

Raid: Lowers target territory's Defender Bonus by 20, and raids 15,000 Silver from the enemy guild's guild vault - ideal for softening up a enemy before trying to conquer the territory. 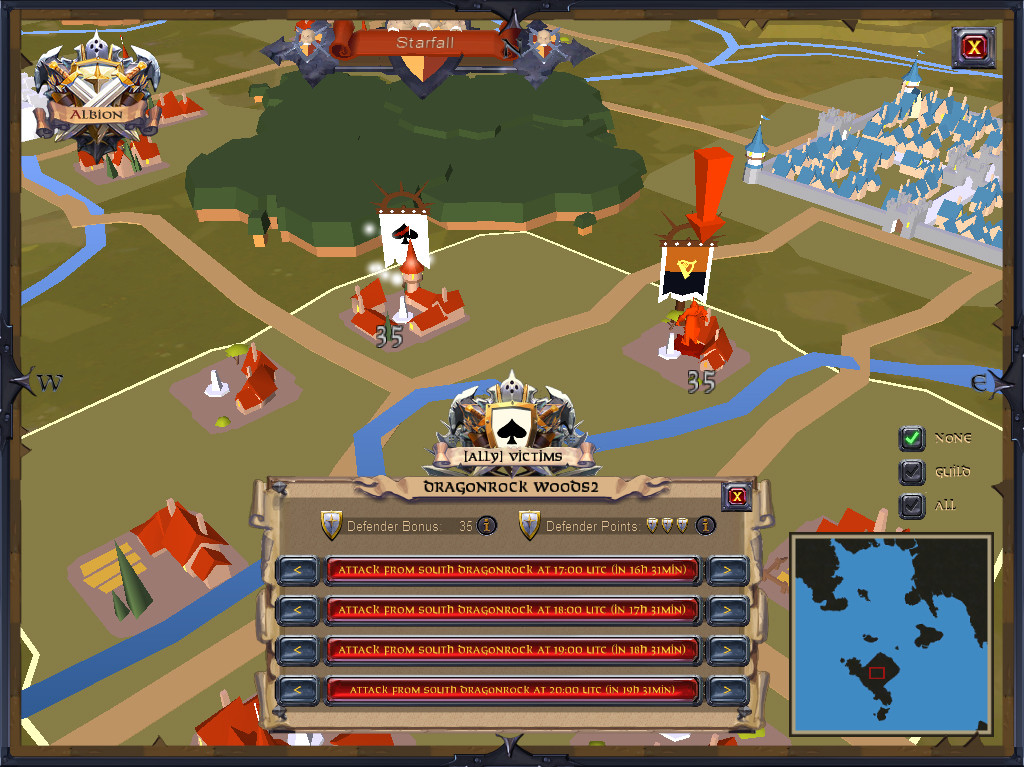 This picture shows initiating an attack from the world map 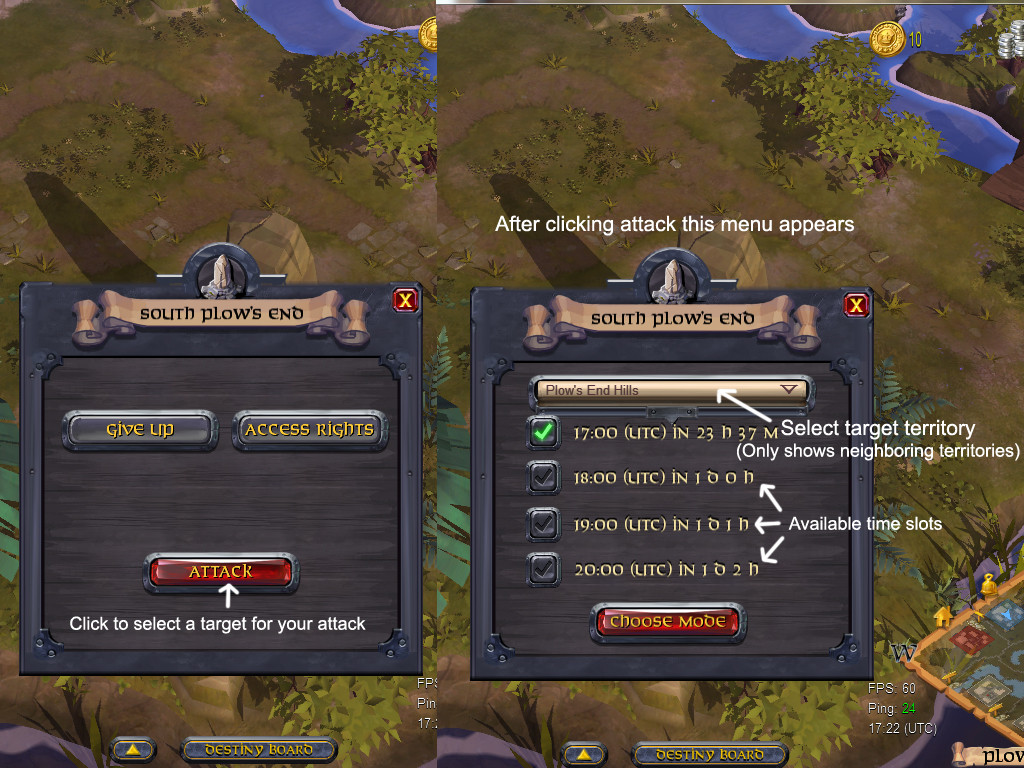 This picture shows initiating an attack from the territory monolith 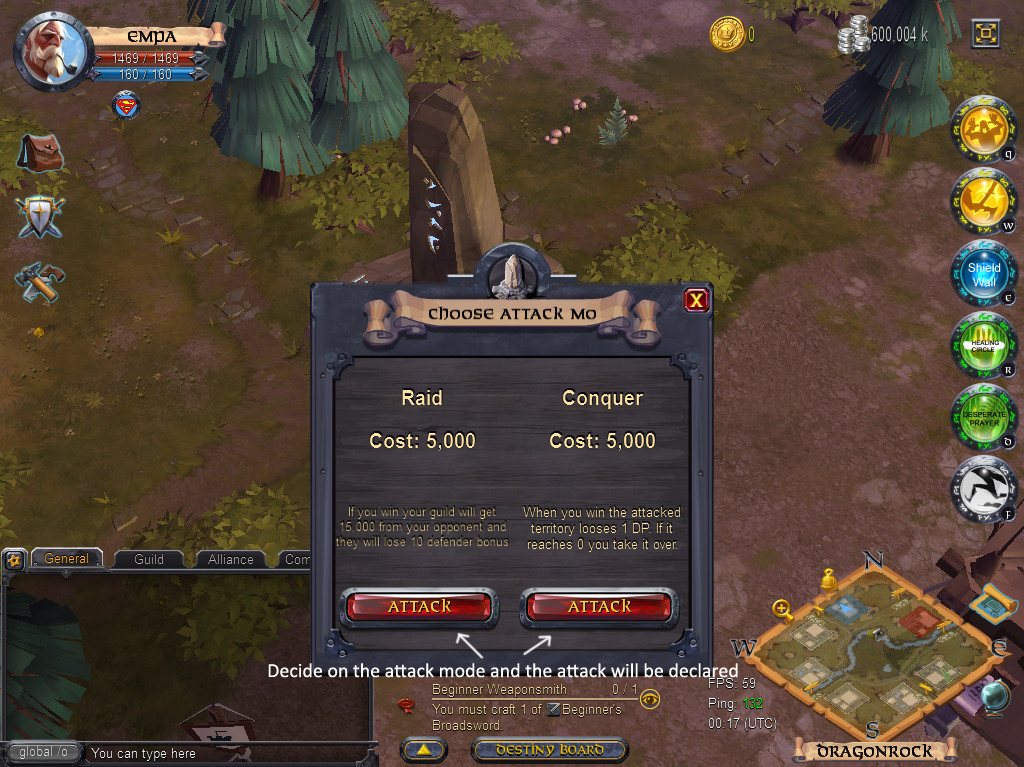 This picture shows the interface to choose type of attack 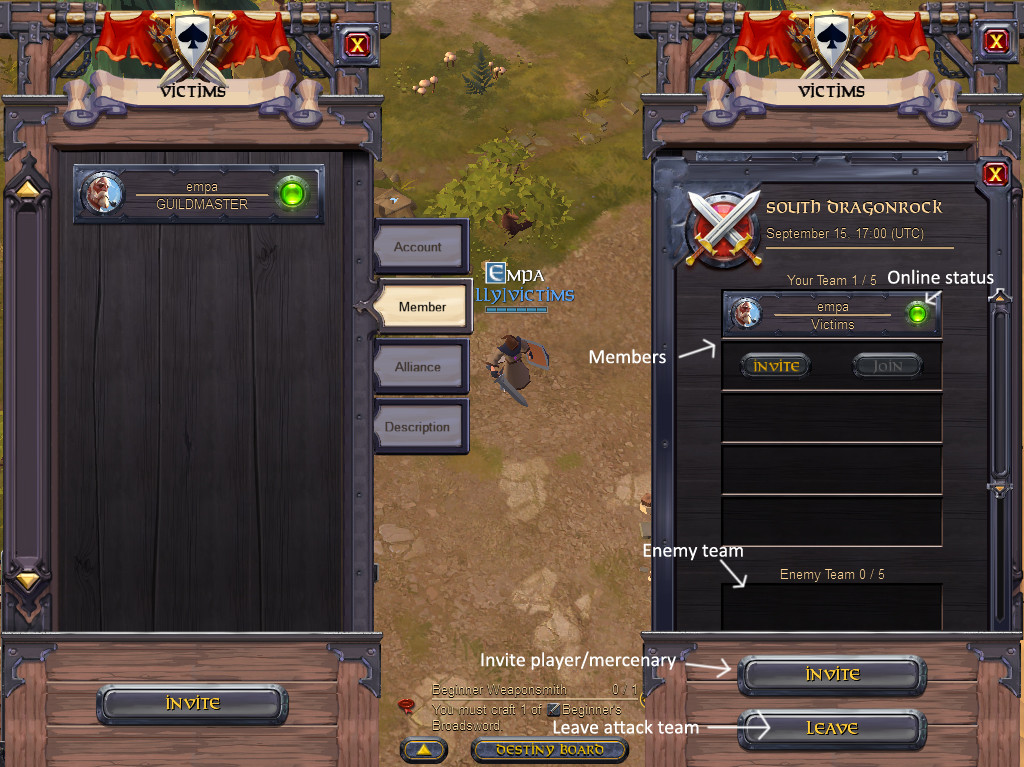 This picture shows the interface to manage the attacking party
Retrieved from "https://wiki.albiononline.com/index.php?title=GvG_Territories&oldid=43470"
Categories:
Welcome to the Albion Online Wiki, the comprehensive reference written and maintained by the players.