This feature has been removed completely due to changes within the territory control mechanic. 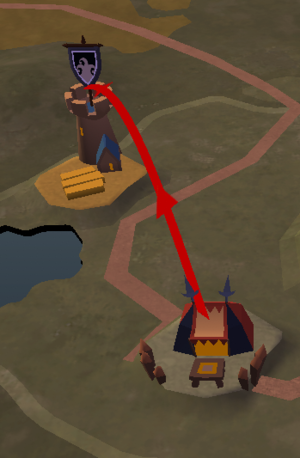 Siege camp launching on a nearby farm territory.

Siege Camps (sometimes called War camps or WC) were structures with the main purpose of launching attacks on territories.

Siege Camps could be found in all portal zones and some other map squares around the black zones or in red zones within the royal continent.

Retrieved from "https://wiki.albiononline.com/index.php?title=Siege_Camp&oldid=62432"
Welcome to the Albion Online Wiki, the comprehensive reference written and maintained by the players.